Posted 3 years ago by Tracy 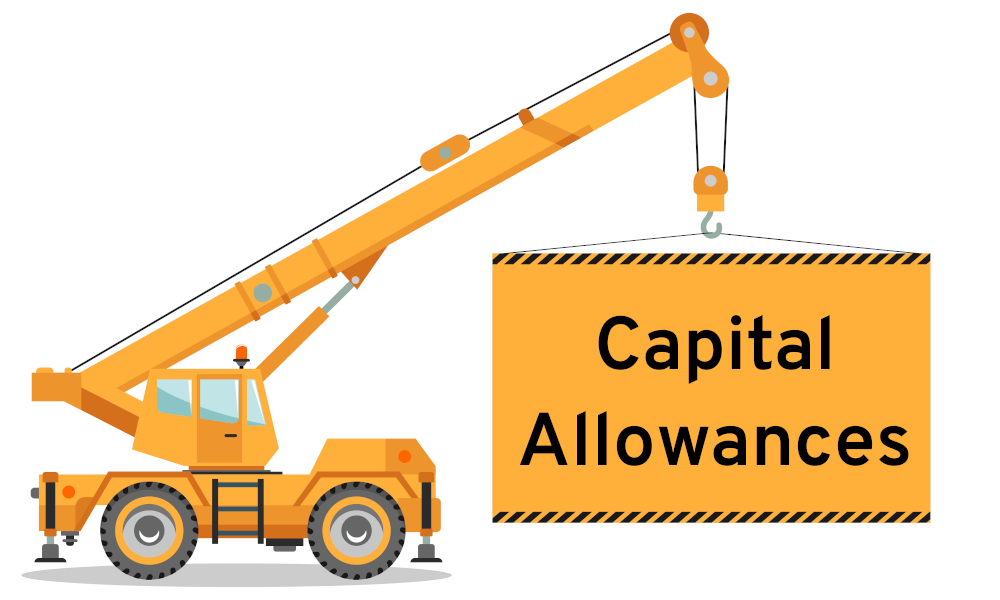 Capital allowances give businesses tax relief on qualifying capital assets that are used in their business.

As HMRC puts it:

"Capital allowances allow businesses to write off the costs of capital assets, such as plant or machinery, against their taxable income. They take the place of commercial depreciation, which is not allowed for tax."

Broadly speaking, under the capital allowances regime businesses may have purchases that qualify for 100% upfront tax relief. If upfront relief is not available, then relief may still be available by means of writing down allowances in pools such as the main rate or special rate pool.

Capital allowances can be claimed by a variety of business structures, including sole traders and companies.

The amount of capital allowances that a business can claim depends on a variety of factors, such as:

Recently, some significant changes have been made to capital allowances, which could provide more upfront tax relief to certain businesses.

The annual investment allowance, known as the AIA for short, is a tax relief that allows businesses to claim tax deductions for qualifying capital purchases up to an annual threshold.

Essentially, it’s a way for businesses to get fast tax relief in the year of a qualifying asset’s purchase.

Note that if a business spends more than the AIA on qualifying purchases, tax relief should still be available on the excess through writing down allowances in the main and/or special rate pools.

How much is the annual investment allowance?

This increase is only temporary and will apply for two years, ending on 31 December 2020.

Which capital items qualify for AIA?

Generally speaking, AIA can be applied to purchases of plant and machinery.

While there is a ream of exceptions to this rule, the main exception that businesses should be aware of is cars (i.e. car purchases do not qualify for the AIA).

Although the increase in AIA is certainly generous, it’s worth bearing in mind that there are transitional rules in place if your business has a chargeable period that overlaps with either the date of the increase in the AIA or the date on which the AIA reverts back to £200,000.

A few examples have been provided below to highlight the issues businesses with a straddling year-end face.

It’s not just the amount of the allowance that can vary for businesses with straddling year-ends; the timing of qualifying capital purchases can also have an impact on how much AIA can be claimed.

Returning to example 1, let’s say that the business purchased a qualifying piece of plant for its business on 30 November 2018 that cost £250,000. That business wouldn’t actually be entitled to claim the AIA on the full £250,000, as £250,000 is more than the maximum claimable amount prior to the 1 January 2019 increase. This means, if the business had made that purchase in January 2019 instead, it would have been able to claim the full £250,000.

Generally, businesses that are planning on purchasing qualifying capital assets that cost more than £200,000 stand to gain the most from these recent changes. Equally, businesses with straddling year-ends that are also planning large qualifying purchases could do well from the increased allowance.

Nevertheless, as £1,000,000 is a huge amount of money to invest in capital assets for the vast majority of small and medium-sized enterprises, it’s fair to say that the majority of SMEs that buy qualifying capital assets during this two-year increase should be able to benefit from the AIA in some way.

Changes to the special rate pool

Specifically, the writing down allowance for the special rate pool has been reduced from 8% to 6%. The reduced rate of 6% has been in effect since 1 April 2019 for companies and since 6 April 2019 for sole traders and others that are subject to income tax.

The writing down allowance for main pool assets remains at 18%.

As with the annual investment allowance, if a business has a chargeable period that straddles the date of change then a hybrid rate may apply.

"Special rate expenditure includes expenditure on long-life assets, thermal insulation, integral features and expenditure incurred on or after 1 April 2018 on cars with CO2 emissions of more than 110 grams per kilometre driven."

Get advice with your capital allowances claims